By
Kanon Beltran
on 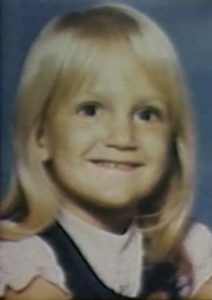 Many remember Ashley Estell of Plano, Amber Hagerman of Arlington, Christi Meeks of Mesquite or even Christie Proctor of North Dallas but in 1979 Dallas County was rocked by an unspeakable tragedy, six year old Tyra Heath went missing and was tragically killed by a monster whose like had seldom been seen before. This was before ‘Amber Alerts’ began in the 90’s, before the 80’s when children’s faces began to appear on milk cartons… this was a time when, outside of the police department, the folks that cared could not do much more than make posters and walk the neighborhoods.

The fading and peeling paint at the Cascade Park Apartments in Mesquite sit in the hot June sun, located across from the former site of Hanby Elementary school on Cascade Street. No one would think twice about this apartment complex, it’s been through several color changes, it looks just like every other that hasn’t been updated. But this complex has a dark past, this is the story of Tyra Heath.

The 25th of June 1979 was a warm day in Mesquite, children were out playing, enjoying their summer vacation and it was a relatively quiet day in the city. However that all changed the afternoon of that same day when six year old Tyra Heath left apartment #1051 at Cascade Park to play outside. Ten minutes later her mother Janice Heath called for her to come back to their apartment however she did not come home and a quick search turned up that she was no longer where she had been playing earlier.

Days later several rewards totaling $15,000 were offered for information that could lead to the safe return of the six year old and soon the FBI and Mesquite Police Department became involved. Tips flowed in however nothing substantial or concrete came in, information that seemed too far-fetched was quickly either filed away or thrown away.

Mesquite PD in particular worked very hard in the leading days going everywhere, talking to residents repeatedly, searching every nook and cranny and even calling in a psychic, but nothing would turn up. On the 29th of June, a photo of Tyra was Broadcast KXAS-TV in hope to perhaps bring forward a crucial witness who may have seen Tyra or seen where she may have gone. Homemade posters were made by friends and family, little else could be done except by the MPD. Helicopters and horseback searches were conducted in the area but again nothing turned up. Despite repeated questions, the Police had little to go on.

Then on July 5th an anonymous tip was left with Mesquite PD, it gave information about a man who the caller said was involved in the disappearance and possible murder of Tyra, the man’s name was James Richard Harris, 25 who lived in the same complex as Tyra, James was a Mesquite City Sanitation Employee originally from Seagoville. According to a relative of Tyra, Don Heath, she left her apartment, went a few units down and had knocked on Harris’ door where he, his wife and son lived. At that point she asked to play with the couple’s son. Harris had apparently told Don when questioned that Tyra was playing with his son, he had left the backdoor open, she ran out and that was the last the time he saw her. Harris even helped with the police searches. The phone call to the Police disputed the information Harris gave, and said exact information where her body could be found in South Mesquite just off Pioneer road. After a multi-hour search of the area, the body of little Tyra was located.

After Tyra was reported missing and after being named by the tipster, Mesquite Police asked for Harris to come to the department’s station and he did so without incident. However he did not take a polygraph test as he appeared extremely agitated. Shortly thereafter he was charged with murder and given a $200,000 bond and held at the Dallas County Jail.

On July 8th Richard Harris confessed to the murder after being taken to Dallas Police Headquarters for questioning in several other similar crimes around DFW. Instead he told a Dallas Homicide Sergeant he wanted to tell police about the death of the six year old. The sergeant then summoned a Mesquite Police member to hear the confession

Ultimately Richard Harris was indicted on the murder of Tyra Heath. It wasn’t the ending anyone wanted but it at least brought a small bit of closure to The Heath Family. Tyra is buried at Kaufman Cemetery in Kaufman.

I do not know where The Heaths are but I hope they know peace despite the tragedy they were put through. Some say Mesquite was never the same after this, Dallas had already been through three other cases and would go through another two in 1979. A sense of innocence was lost in this in this small suburb of Dallas. Cascade Apartments was particularly impacted, fewer children played in the pool and around the complex. The summer of 1979 in Mesquite was tainted with the anxiety of the tragic murder of Tyra Heath the days of letting their children wander off by themselves or even go next door were gone. Unfortunately this would not be the last case for Mesquite, just six years later the city would be rocked again with another disappearance and another fourteen years later.

Forty years later many don’t recognize or remember the name Tyra Heath except for those who lived in Mesquite and around Cascade Park Apartments in 1979. If you were to run the name Amber Hagerman or Ashley Estell people would remember instantly. It was at the time one of the most prolific cases despite now falling into relative obscurity today.

Today, it seems the Heaths do not have social media, I don’t blame them for wanting to stay out of the limelight.  The Cascade apartments have changed names to Westlake Village, they are now yellow, Hanby Elementary now resides behind the apartments and the site of where Tyra was found is now the site of houses and a CVS. Some say that CVS is haunted to this day but for those who remember the scars still remain on this now ever-growing community.

And today, inmate #00297342 sits in the Stiles Unit in Beaumont, Texas, serving a sentence of multiple lifetimes. James Richard Harris will never see freedom in his lifetime.

Thank you for taking the time to read, I only ask for Respect in the comments. 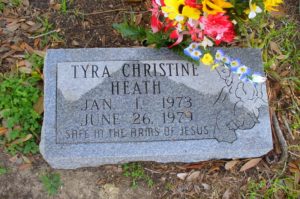 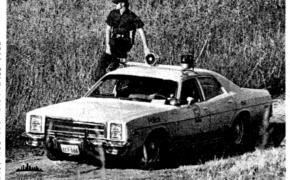