By
Paul Heckmann
on

One of the original Playboy of Dallas Bunnies, also a waitress at Mother Blues and Sneaky Pete

Paul: If memory serves, you were waitress before you came to Playboy, weren’t you? 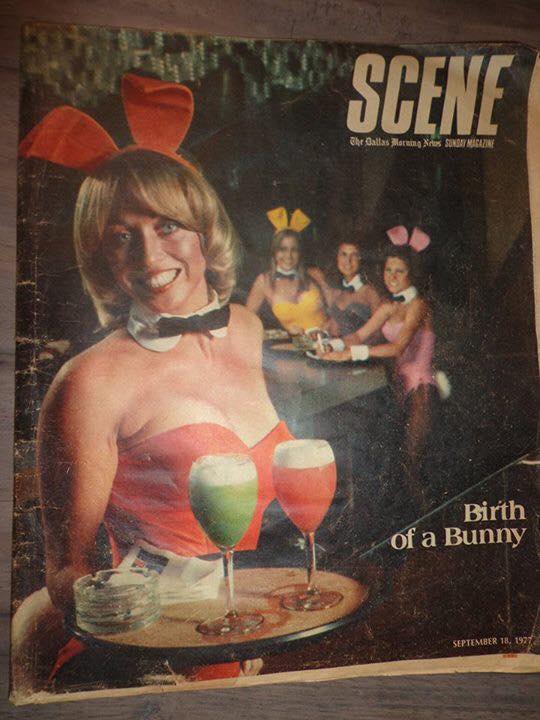 Bunny Vicki on the cover of Scene Magazine inside Dallas Morning News.

Vicki: Oh yes, I worked at some rock and roll clubs like Sneaky Petes, Mother Blues, but primarily at Sneaky Petes there in Medallion Center. 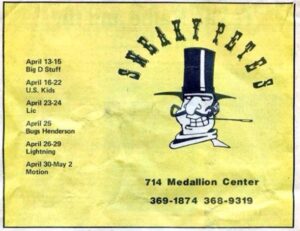 Then I heard about the Bunny search in the summer of 1977. It was absolutely crazy. They had us go through all the different preliminary, sending in pictures, resumes. That was the first elimination. Then they notified us, then we all came in. You came in through this big gate, filled out your information, attached some pictures, they would look it over and then they would setup callbacks if they liked you. Then after that interview, they would let you know if they wanted you to come back in for the final group.

I seem to remember that we were told going to hire 99 Bunnies from that first group. We were told to wear a one piece leotard or dance-skin. I remember I wore a pretty racy bathing suit that was really low cut. They did a story on me when the Bunny search happened in the Scene magazine for the Dallas Morning News. I was pretty cocky back then and told them ‘I may not be the best looking, or have the best body, or be #1, but I can definitely be #99!’

Paul: Tell me about some of the other Bunny hopefuls at the Search

Vicki: There were just so many girls there and they came from all walks of life. Lots of them were very well educated, others were in college, or teachers, what-have you.

And for myself, I had two young children. Unfortunately my boyfriend had committed suicide a few months before so I was by myself and needed this job badly. Plus Playboy offered many of us a great opportunity to work a flexible schedule. That was pretty scare in those days, dealing with children or going to school while working. And we could also go out and participate in any of the various fundraisers. I did a lot of the sports things with the various Dallas Cowboys, the Dallas Tornado and Ducks Unlimited. Those were always fun.

Vicki: I just have so many good memories of Playboy. Nobody ever pressured you to do anything like photo spreads or centerfolds. Playboy might let us know that the photographer is going to be there on such and such a day and if you wanted to go over and talk to him, you could.

And something else that I loved about Playboy, I took off work to have Amanda, my third child. I think I left in Oct of 78 and came back in March of 79. They were always really cool about those things. As long as you were a good employee, they worked around whatever you needed. 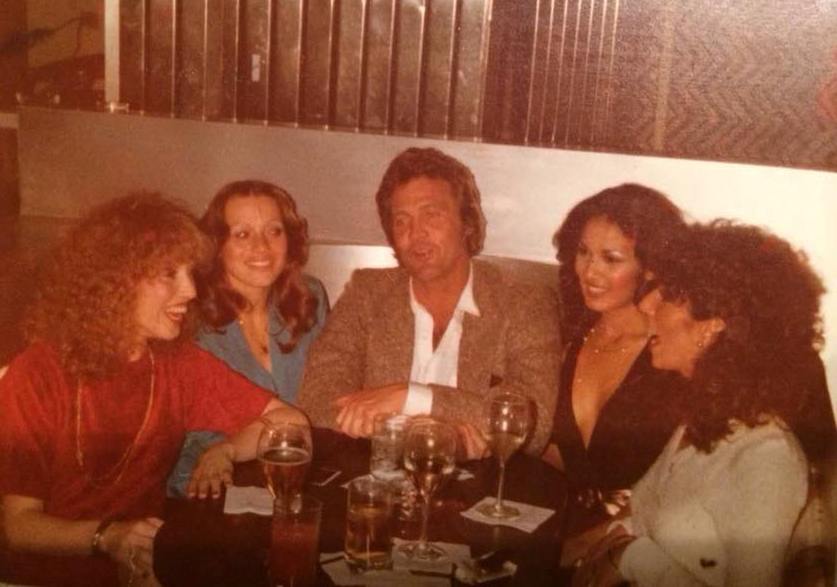 The Six Million Dollar Man, Lee Majors surrounded by Bunnies in the showroom

Paul: Tell me about the mirror wars – ‘day vs night’ Bunnies

Vicki: It was kinda like a little rivalry between the day Bunnies and the night Bunnies. Day shift would leave these ‘nasty’ messages (said with a chuckle) on the mirrors in the Bunny hutch… we had some fun. But for the most part we all got along pretty well. You know how it is, when you have a bunch of females all working together it can get pretty crazy.

Paul: I seem to remember a bit of jealousy when one of the gals posed for Playboy magazine.

Vicki: Oh yea. Most of them were probably jealous they didn’t have the body these other girls had!

Paul: And I think everybody was kinda jealous of Cathy Gobel, she was in the November 1977 issue.

Vicki: Oh my god, yes. She was absolutely beautiful. She had a perfect body, perfect smile – and the sweetest personality in the club. But really, who could hate her? She was just this little sweet Southern girl. Just so pretty.

Paul: I pretty much stayed in the the front room most of my time, My immediate boss was Tom Labella, remember him?

Vicki: Oh, everybody loved Tom. I loved the bosses up there so much, especially the first group from Boston. They were so much fun to work for. Joe Cimino, Tom Labella, Joe Pergolla, all those guys. And you were so cool!

Paul: Thanks so much!

Vicki: And remember Kevin from Boston, he was fun. He dated Vangie for a long time. Later on Pat came to the club and he was a great guy to work with. 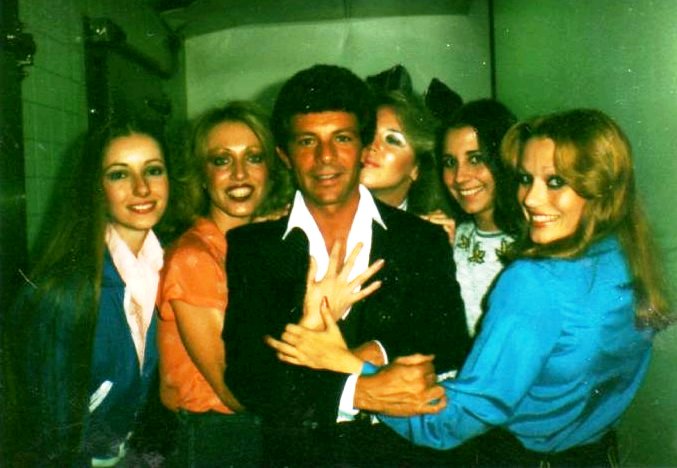 Frankie Avalon being attacked by Bunnies!

Paul: Who were some of the other non-Bunny folks that you remember.

Vicki: Oh, I remember Dan Nolte, I think he worked in the front and then became a manager. Then there was this guy Charlie. When I came back from having my baby, he was back there dressing with the Bunnies! In the Bunny dressing room trying on the Bunny outfits! He was so fun, what a character. We had a lot of fun.

Paul: Tell me about some of the celebrities you met there.

Paul: So tell me a bit about when you left Playboy.

Vicki: I was there until about the end in 1982. Took off with my wild boyfriend! We kept our place in Dallas but we also had a place in Florida that we went to.

Paul: Vicki, thanks so much for your time. As always, its been a delight talking to you 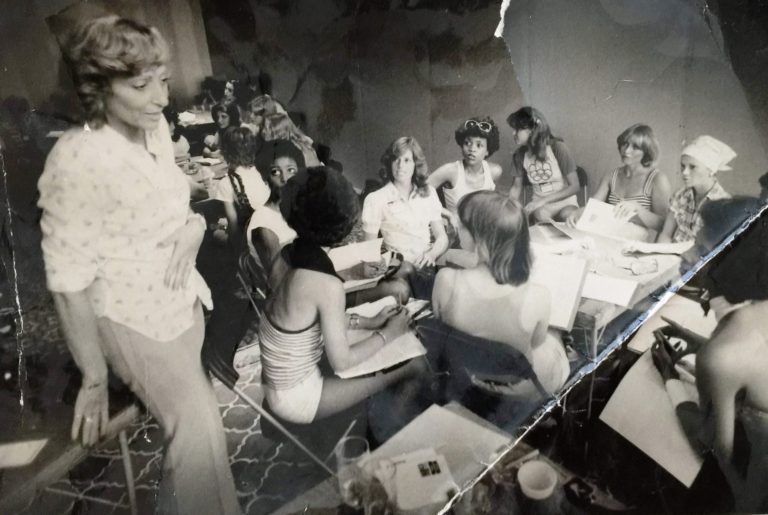 Bunny training before the club opened

You can add comments at the bottom of this page – and be sure to add your email in the Newsletter Registration link.

We also have a new sister page for Football and Cheer-leading in Texas at https://www.facebook.com/groups/texasfootball 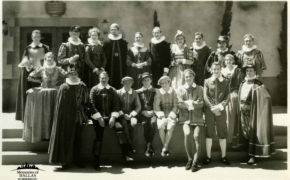 A FALSTAFF AND A GLOBE 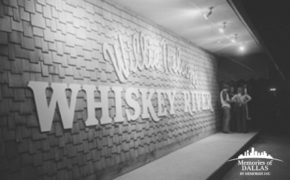 DROWNING IN A WHISKEY RIVER 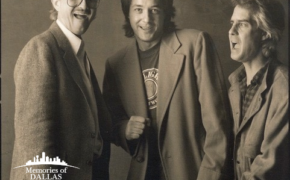